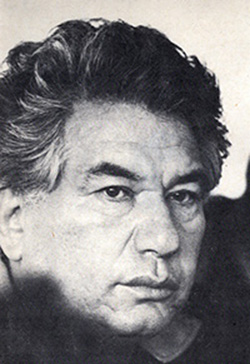 Jamilia is a novel by Kyrgyz author Chingiz AÏtmatov, described by poet Louis Aragon as the "world's most beautiful love story", and to which I was kindly introduced by the musician and scholar Tom Arthurs.

It is told from the childhood perspective of an artist named Seit and recounts the love between his sister-in-law Jamilia and the mysterious Daniyar.

"I was astounded at the passion and fire of the melody itself. I could not describe it then, nor can I now. Was it just his voice or something more tangible emerging from his very soul that could arouse such emotion in another person, and bring one's innermost thoughts to life?
If only I could recreate his song. It contained few words, yet even without words it revealed a great human soul. I have never heard such singing before or since. The tune was like neither Kirgiz nor Kazakh, yet in it was something of both. His music combined the very best melodies of the two related peoples and had woven them into a single, unrepeatable song. It was a song of the mountains and the steppe, first soaring up into the sky like the Kirgiz mountains, then rolling freely like the Kazakh steppe.
And all of a sudden I began to understand his strangeness that made people shrug and mock; his dreaminess, his love of solitude, his silent manner. Now I understood why he sat on the look-out hill of an evening and why he spent a night by himself on the riverbank, why he constantly hearkened to sounds other could not hear and why his eyes would suddenly gleam and his drawn eyebrows twitch. He was a man deeply in love."
Chingiz Aïmatov