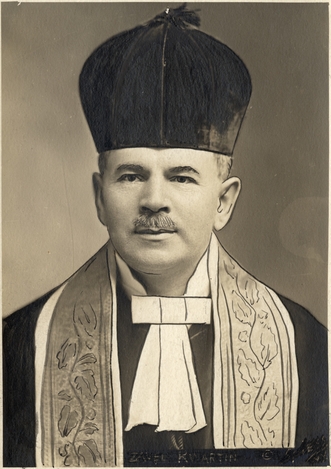 for bass clarinet and string quartet


The Quintet is written in the form of a theme and variations, where the theme of the work is the Jewish people. Some parts of the piece are in themselves a micro-variation on this theme, whilst others in transmuting their source material more dramatically reach towards universality...away from stonesetting, and towards the alchemical.

Correspondingly, the piece moves rapidly between movements; sometimes barely giving an a idea a chance to develop, whilst at other times allowing it to grow towards a natural conclusion. Gradually, although my thoughts during the composition process were initially concerned with telling the story of a specific people during a specific time, it became apparent that in truth this constant flight of people through time was in itself merely an analogy for the human race as a whole. All roads lead to Rome...

I am indebted to the Ukrainian cantor Zawel Kwartin (1874-1953), whose invocations provided the initial inspiration for this music, and also to the great masters Béla Bartók, György Ligeti and Olivier Messiaen for building bridges across the imaginary rivers that course through the commons of secular and sacred music.

The Quintet for Bass Clarinet and String Quartet was commissioned by Music for Galway and premièred by Paul Roe and the Contempo Quartet in St. Nicholas’ Church, Galway on May 13th 2010 in a programme with Osvaldo Golijov’s ‘Dreams and Prayers of Isaac the Blind’ and Jane O’Leary’s ‘Soundshapes II’.